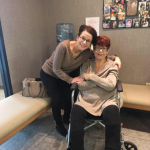 My name is Shannon, I’m the daughter of Sharon. I’m very heartbroken that my mom suddenly passed away, however I’m glad she was able to donate her cornea to you. END_OF_DOCUMENT_TOKEN_TO_BE_REPLACED 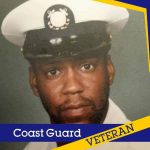 Hi, My name Chris Davis, I’m a former U.S. Coast Guard swimming Instructor, and in 1991 I was diagnosed with an eye disease called KERATOCONUS, which is the thinning of the Cornea. Upon my initial diagnosis and beyond, My vision was a MESS!  Cars tail lights, especially at night, looked like airplane propellers and the basketball rim was an orange blur.  I often rendered undeserving salutes to fellow shipmates because I couldn’t see the rank insignia on his or her collar clearly. END_OF_DOCUMENT_TOKEN_TO_BE_REPLACED

This may come off as strange or invasive (I truly hope that it does not), however I’ve been wanting to reach out to you for some time now. My name is Ashley, and I am the daughter of the man who donated his eyes to you. I want you to know that upon the unexpected loss of my dad, receiving the news that he has helped someone so immensely brought great comfort to me and to the rest of my family. END_OF_DOCUMENT_TOKEN_TO_BE_REPLACED

As a recent recipient of a donated cornea, I can attest to how such a gift can be life changing.

Following my procedure, the doctor said she had some good and bad news. She indicated I couldn’t have received a better graft, but it came from a young child, which makes this letter particularly difficult.

END_OF_DOCUMENT_TOKEN_TO_BE_REPLACED 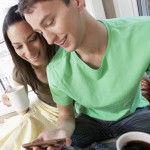 At Miracles In Sight, we provide many services related to the restoration of sight, including research and professional development, but our primary focus is recovering corneal tissue from those who chose to donate it—and then providing that tissue to ophthalmologists around the world for corneal transplant. One of the organizations we collaborate with is Operation Sight in our neighboring state of South Carolina. Operation Sight is, like us, a nonprofit organization. They provide free surgical care to uninsured South Carolina residents suffering from cataracts or urgent, sight threatening retinal disorders. Since they started in 2011, they have performed over 270 free surgeries. END_OF_DOCUMENT_TOKEN_TO_BE_REPLACED 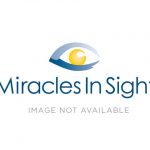 Eye injuries are a constant concern for children and adults who participate in sports. But for a young Illinois resident, the threat of blindness loomed long before he ever took to the field.

Anthony was born with compromised vision due to a scarred cornea, an injury that prevents light from passing through the pupil. As he grew older, his eyesight worsened until his vision was less than 20 percent. Anthony had become an avid soccer player and fan despite his near-blinding eye ailment, but the game was becoming difficult for him to play with such poor eyesight.

When Anthony’s vision became a threat to his safety, he underwent two corneal transplant surgeries to restore his vision. Following the operation, Anthony was reluctant to open his eyes.

“He wouldn’t open either eye because he thought he was blind,” said Anthony’s mom, Tobey. “The only way we could get him to do it was to turn on the TV to the World Cup.”

After being nearly blind for the first six years of his life, Anthony could finally see the world around him, thanks to the generosity of his cornea donor and his skilled medical team.

Anthony is now a teenager preparing to start high school and is taking full advantage of his restored sight. He is an active member of his school’s basketball, cross country and track teams; and he has become a star student as well. Recently, he competed in the Illinois State Science Fair with a presentation on peripheral vision.

Anthony is grateful for his sight every day and enjoys any opportunity he has to share his experience with others. He and his family continue to honor his gift by promoting the Donate Life mission and encouraging others to become registered eye, organ and tissue donors.