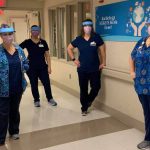 A few weeks ago, we posted an article about how the Miracles In Sight team had started to use the organization’s 3D printers to create face shields for health care workers on the frontlines of the COVID-19 pandemic. Since then, the project has grown significantly, in part, due to the efforts of a 10-year-old boy, his dad, and a remarkable birthday present.

Initially, Isaac Perry and the MIS team planned to print and assemble face shields to send out to health care workers in the region. The idea was to partner with the MIS network of physicians to find out where the shields were needed most. Today, the team is able to respond to PPE requests both within the region and beyond.

“As a community-based nonprofit eye bank,” says Isaac, “we are called to a mission that is bigger than any one organization. Collaboration is exactly what allows us to maximize the reach of our mission. Sometimes these collaborations come from unexpected places.”

Once our first article was posted and shared on social media, word traveled fast. One of the first batches was shipped to critical care nurses in the Boston area who were unable to locate approved shields through their normal PPE channels. But the article also caught the attention of Cohen Gantt and his dad, David.

Cohen, who turned 10 years old on May 5, had already asked for a 3D printer for his birthday. Interested in engineering and how to create all kinds of objects, Cohen has been spending his time building different contraptions with his dad after completing his e-learning assignments for school. (The two confessed that one of their most recent creations was a water balloon catapult.) 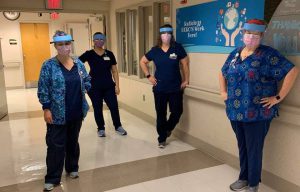 Back in April, Cohen’s grandparents shared an article with him about a child in Concord, NC, who was making masks for people in the community. And the idea of using his upcoming birthday present to produce some kind of protective equipment started to take shape. Naturally, Cohen loved the idea and along with his dad found our article about the efforts at MIS to produce face shields. David reached out to MIS and Isaac Perry, our Director of Research and Development, who is heading up the project.

Isaac was happy to share the files and specifications for the 3D printed components. And once the filament for the printer arrived, Cohen and David began producing the components. They were even able to refine the process. “There was definitely some trial and error,” says David. “I ordered some larger nozzles and was able to slice the file… It worked out well and cuts almost a third of the print time.” 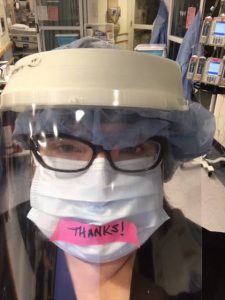 The Gantts were able to share those refinements with Isaac, helping MIS increase their own shield production by 20%. “I was waking up throughout the night to restart our printers to maximize output,” says Isaac. “After implementing David and Cohen’s tips, I have been able to increase production and sleep better.”

As of this writing, the Gantts have been able to deliver components for nearly two dozen shields to Isaac and the MIS team. Our team sanitizes and assembles the shield kits, then packages them for shipment. So far, the project has produced and shipped almost 700 face shield kits to 21 organizations across five states. Recipients have been as far north as Maine, and as far west as Oregon. “Ambulatory surgery centers, emergency and ICU hospital departments, skilled nursing home facilities, dentists, pediatricians, and of course, ophthalmologists are just some of the teams requesting these, and have received them with tremendous gratitude,” explains Isaac.

“The Gantts getting involved has helped us fill some very large requests sooner than we could have,” Isaac continues. “It demonstrates that the way we get through this pandemic is by working together towards a common goal.” 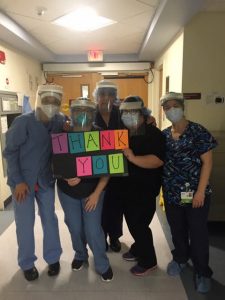 Cohen is happy to be putting his birthday present to good use. “I thought the medical stuff would be cool and helpful,” he says. “When (3D printing masks) all came about, I thought we should start doing that.”

According to Cohen, he had set an initial goal of 100 shields. But with the improvements and proper filament, “Now we can do more than what my goal was,” Cohen adds.

“I am humbled, grateful, and in awe of the response of the Gantts, especially Cohen,” says Isaac. “How impressive for someone at such a young age to recognize that our community was in need of help, and that he had the passion and interest to make a difference.

“Our community’s future being in the hands of such bright and compassionate children like Cohen gives me a strong sense of hope,” Isaac adds.

As for what Cohen plans to make once the need for PPE subsides, he has a few ideas. Among them is a cell phone stand so he can record himself doing tricks on his other birthday present, a skateboard.

You can read more about how MIS started 3D printing face shields in our original article. If you’d like to learn about how you can participate in the MIS Face Shield Project, we invite you to contact Isaac Perry, or you can help support the project through GoFundMe.